Back to all posts

I Was In the Stanford Prison Experiment 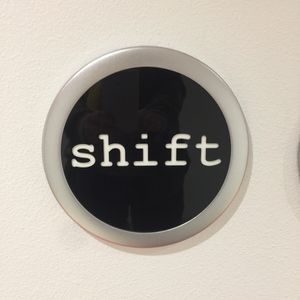 When I was in college, the study of psychology focused on the weird. Textbooks were rife with examples of bizarre behavior and man's inhumanity to man.

One of the most fascinating research studies to me was that of Phillip Zimbardo, who randomly assigned a group of Stanford undergraduates to be either prisoners or guards to see how their assigned roles affected their behavior.

Barring the details, this two-week study was discontinued after six days.

(The 2015 film with Billy Crudup can fill in the details, but let's say, hypothesis confirmed.)

The study—among the last with this midcentury fluidity of ethics—occurred in the summer of 1971.

Okay, so I was not in the original prison experiment. But social psychology was my jam in college, and I caught wind of this year-long class that mimicked that experiment as the spring project.

I bring this up not to elaborate on my experience as a prisoner (which was much tamer than the original experiment). Or how struck I was by how quickly the power structure got called into question. Or that my biggest insight was that social control is not about punishing the individual, but about wrangling the herd.

I bring this up because the professor (who was not Dr. Zimbardo btw) recognized that I took the class because of the work, not because it was a gut* like most of the other students.

One night after class, he asked me what I was majoring in.

"Psychology and sociology," I said proudly.

Little did I know at that time just how patchwork my career would be.

As a good student in the field of unemployment, I picked up a philosophy minor that included an entire semester on Nietzsche, and my studies in social theory took a turn toward deconstructionism, as was de rigueur.

My end goal in all of this was to become a psychotherapist. A drug counselor, specifically. At that time, becoming a therapist meant understanding abnormal psychology. That which is weird. That which is included in the DSM.

I was never in love with abnormal psych. As a social psychology devotee, I loved person-in-environment. Nurture over nature. Or at least in combination.

In grad school, when my peers were specializing in family therapy—a practice that centered around the concept of the IP, or identified patient—I specialized in group treatment, where I guess everybody could be identified as a patient. Or a client, as was my preferred term.

Because of my love of phenomenological thinkers, I sought to pursue existential psychotherapy. At my entrance interview, I declared this to my would-be advisor, who all but laughed me out of his office.

When I got to Chicago that fall, I found out he took a sabbatical that lasted my entire graduate career. Honestly though, at that point in history (let's call it BCE or Before the Coaching Era), there was really no way to bill insurance as an existential psychotherapist.

Who Moved My Diagnosis?

Luckily for all of us, we have seen a sea change in the study and practice of psychology. Sure, perception, cognition, and child development have long been fields of academic study, education, and training. So I don't mean to suggest that all psychological study in the 20th Century focused on dysfunction.

It was a problem with branding.

When I was in college, what has become known as performance enhancement was known simply as sport psychology. Because it had "sport" in the name, my nonatheletic self found no place of resonance.

You might guess that I wrestle with calling myself a coach.

Despite my formal education, I could sense the shift. You could say that I embodied it. Pop psychology books like I'm Okay, You're Okay (1969) and The Road Less Traveled (1985) made their impact on the cultural—if not the academic—landscape.

The year after I received my masters, Mihaly Csikszentmihalyi's book Flow: The Psychology of Optimal Experience encapsulated this welcome shift toward positive psychology and legitimized the pop psych genre among readers that knew way too much about psychology in the first place. (My apologies to Dr Csikszentmihalyi for calling his magnificent work pop psych, but he'll catch my meaning.)

Get Out Of Jail Free

The upshot of all of this is that I find myself back where I began. My career has ushered me away from psychotherapy to other forms of communication and now back to my original conception of how to work with people (ie, existentially).

In the spirit of research and my continued belief that anyone can change at any time, welcome to Life After Wellness. Let's call this the next experiment.

I don't know if "gut" is used anymore to describe an easy college course, but if you know why they are called "guts", I'd love some insight there.

(originally published October 14, 2020, as an article on LinkedIn)